Flutist Kathryn Cernauskas has made Canadian music a focus of her performing, publishing and recording activities.

While also playing traditional and international repertoire in solo recitals, concertos and chamber music concerts in North America, Europe and Asia, she has made a point of programming Canadian music whenever possible. Some notable performances include concerts of Canadian music for SOCAN’s New Music in New Places initiative at Vancouver International Airport, Calona Wineries in Kelowna, BC, the Vancouver Aquarium, the BC Museum of Mining at Britannia Beach, the Rocky Mountaineer Railway Station, the Dr. Sun Yat-Sen Classical Chinese Garden and the UBC Museum of Anthropology, most of these with soprano Heather Pawsey.

Internationally, she has been invited to present concerts of Canadian solo flute music by such organizations as the Internationale Gesellschaft für Neue Musik in Switzerland and Liechtenstein (including a broadcast by Swiss Radio) and the Institut Seni Lukis Malaysia. As a soloist and also as a member of such ensembles as the Vancouver New Music Ensemble and a founding member of Array, Days Months & Years To Come and Magnetic Band, she has premiered well over 100 Canadian compositions, including many pieces written especially for her. 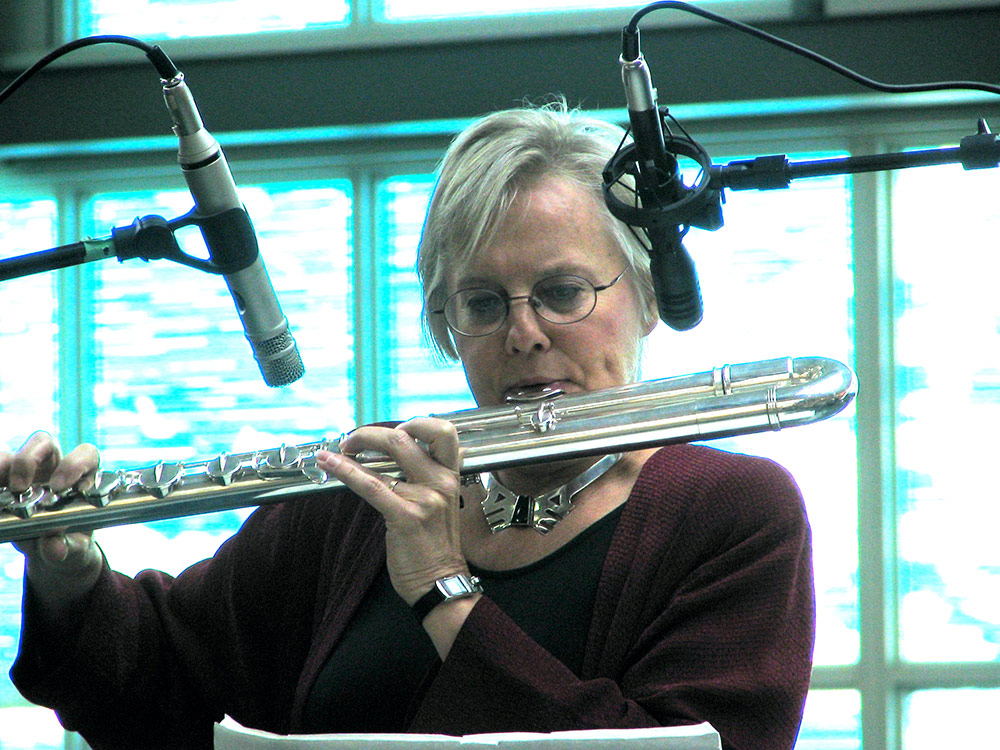 In the realm of publishing, Kathryn Cernauskas has compiled a progressive anthology of Canadian flute music suitable for students, under the title The Magical Flute, published by The Avondale Press. The anthology is in four volumes, each with a CD. In addition to pieces by Canadian composers, it contains a study guide for each piece and original etudes by Kathryn Cernauskas to introduce the student to contemporary sonorities and techniques. Previous publications include Student’s Guide to the Flute published by GLC Publishers Inc. and Guidelist of Unaccompanied Flute Music by Canadian Composers. All publications are available through the Canadian Music Centre.

To listen to Kathryn visit her Composer page.

In January 2021 I took part in a video recording of a program of music by Leslie Uyeda. The pieces are for soprano with various instrumental combinations.

Offerings - The Music of Leslie Uyeda from Astrolabe Musik Theatre on Vimeo.

During the COVID-19 crisis in April 2020, I was thrilled to receive an “Isolation Commission” from The Little Chamber Music Series That Could. The commission entailed making this short video.

SATURDAY JUNE 22, 2019 | 2 pm
Yarilo Contemporary Music Society presents:
Before and Beyond Time – Music on the Boundary of Two Millenia
Annex, Vancouver
North American premieres of works by Bulgarian composer Gheorghi Arnaoudov including his The Way of the Birds I featuring the flute.
BUY TICKETS